About 5 years ago you made me a 7.0′ fish-ish board for getting back into surfing.  That was my go-to board for well over a year.  Probably more like two.  It was GREAT for cruzing mush and charging some of the bigger, faster, bumpier faces.  It just flew good on most everything.  There were a bunch of buzzards showing up on A-Beach those years.  I thought the name was fitting for the style of board, so I dubbed the deck “The Buzzard”.

I got better pretty quick thanks to that board!  I progressed on to shorter boards of different shapes and found that I was riding these more often.

Some friends of ours have two sons.  Two years ago, their youngest (13yrs at the time) had started surfing but couldn’t seem to find a good, stable board to learn on that wasn’t a long board.  I gave The Buzzard to him.  I heard reports of him telling all of his friends about his “Super Cool, Who-Me” board.  When he moved up to High School last year he would get up early and surf that board before school almost every morning.  Last month he and his dad surfed Bali together!

I just heard this morning that he had recently passed The Buzzard on to his lazy older brother (17yrs old), who is now hooked on surfing and is apparently now surfing every chance he gets on the “Awesome Who-Me board”.

That single board has passed the surf addiction on to at least 3 people now!  I thought that was too cool to not pass along!  Nice Job!!

Do you make  epoxy boards?  I’m not in the market quite yet, but I’ve been thinking I could probably use another board within the next year. 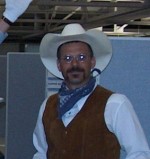 Jeff is a dude who got married barefoot, snuggles up to his dog at night, and makes damn good surfboards.